Skip to content
You are here
Home > Education > A timelessly popular profession: Law 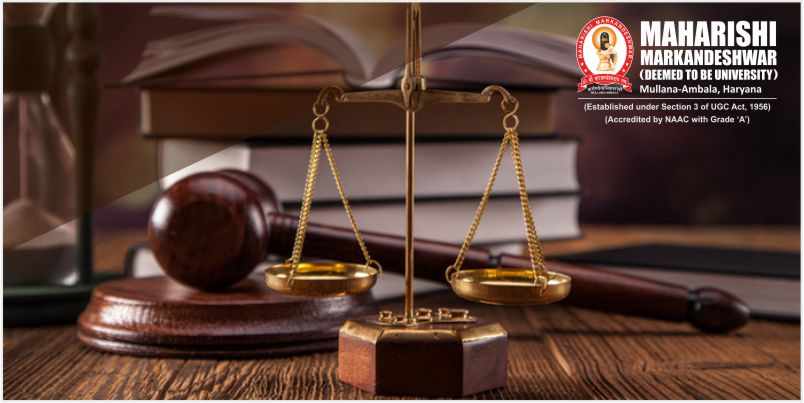 For administration of Justice, the Legal Profession has always been an important limb because without this the courts would not be in a position to administer and provide justice efficiently. Since Law is the foundation of every society or a nation, Legal Education of the people is a sine qua none. Legal Education does not only create law-abiding citizens, but also produces brilliant academicians, visionary judges, astounding lawyers, and awe-inspiring jurists. Law is a means for social changes and economic progress. It is not necessary for law graduates to practice only in courts but various corporate houses, law firms, administrative and judicial firms are open for them.

Law is an attractive profession with lots of money but it requires a good amount of hard work with no shortcuts. Some of the skills required to become a successful lawyer is the confidence,oratory skills and good command over language. Lawyers are required to communicate effectively on the negotiation table so as to convince the judge on his/her side. In the year 1985, the Law Commission of India has decided to establish a University for Law Education to raise the academic standard of the legal profession in India. Thereafter the first law University in India was established in Bangalore named as National Law School of India University popularly known as the NLS. The education of law in India has been offered by the various universities and in various academic levels.

In India, the student can pursue the legal degree after the completion of the graduation or 12th standard in any discipline. There are so many degrees of legal education in India out of which our university is also providing following courses:

BCI provides “Certificate of Practice” to the candidates after completing the course. To practice in the profession and to receive certificate, it is mandatory for the candidates to qualify All India Bar Examination AIBE.

Any good college or university of Law should have state-of-the-art building with a pleasant and intellectually stimulating ambience having spacious, airy and well lit lecture halls, seminar hall, actual court like Moot Court hall, well equipped multi lab computer centers, library well stocked with books by eminent national and international authors, all important Reports & Journals of Law available in hard copies, soft copy as well as On-Line version as per the BCI Norms. All the leading law colleges and universities provide opportunity to the students for internship in various Government and Private Organizations. Various academic and co-curricular activities including National Conference, National Moot Court Competition, Seminars, Personality Development Programmes, Debates, and Quiz etc. are also a part of curriculum for the law students.

CAREER PROSPECTS FOR A LAW GRADUATE & A LEGAL PRACTITIONER

Besides legal advisors, members of Law Commissions, government advocates, public prosecutors, solicitors, Attorney General of India, legal secretaries in assemblies’ staff in higher, lower, quasi judicial bodies, judicial members in CAT, sales tax, income tax excise and other tribunals are also appointed as per the guidelines. They are also recruited as commission officers in the legal branches in Indian Army, Navy and Air force to conduct court martial proceedings. In the judiciary, lowest judicial cadre posts of magistrate or sub judge are filled by those who hold a law degree and qualify the public service examination or otherwise under the guidelines of the High Court. They can further be promoted to district and sessions judge and further as a judge of High Court or Supreme Court subject to their seniority.

The law students can appear in the exam conducted by the Public Service Commissions and get the position of Judge. A good lawyer can work in ministry, government departments and various legal advice organizations. There is a good prospect to work abroad. The salary is the best part of the profession in this field. There is no limit of salaries if you are a good lawyer and practicing individually. After the completion of the course, while you are working under the experts, you can earn in thousands per month as a stipend. By working individually in court you can earn more than 50000/- per month or even in Lakhs.

MMDU, Mullana is a leading university offering courses in law. The university boasts of state-of-the-art-infrastructure and a well placed alumni which includes Owner of Job, Law Firm in Zirakpur and Internship, Legal Firm in New Delhi, Practicing Sales & Income Tax Advocate in Dist. courts, Kurukshetra, Practicing Advocates in High Courts of many states including Haryana & Punjab, Manipur, Delhi etc. and in District Courts.