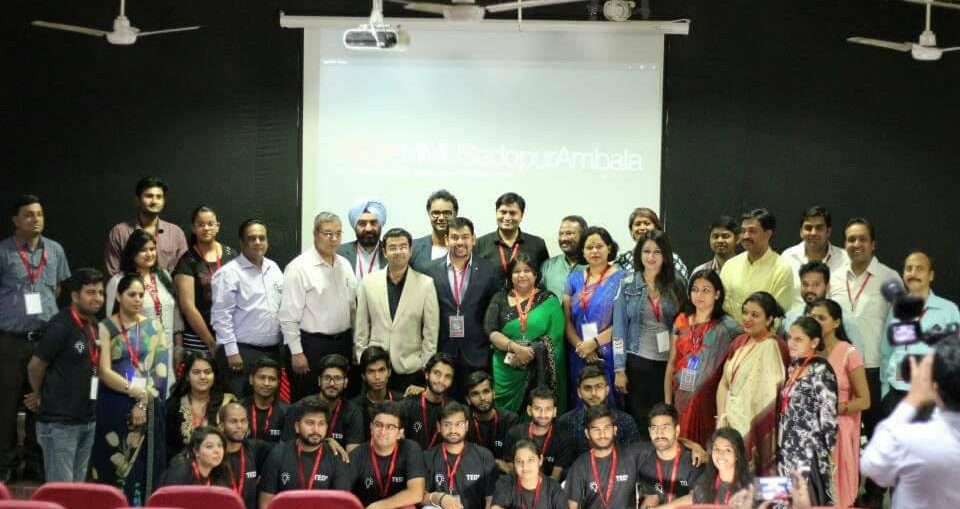 Maharishi Markandeshwar University, Sadopur organized its first annual TEDx event after the students of MMU Sadopur lead by Aniket Yadav got a license from TED to hold TEDx event here at the campus of the University.

The program kick started with the highly motivating talk by Avelo Roy, who has won more than 14 business competition awards and was invited to speak at the White House Panel for entrepreneurship Education in USA. Thereafter Mridul Kabra, a renowned digital marketing trainer, who has worked on more than 100 websites and trained over 1500 students of IIT’s and NIT’s spoke on a different topic Digital money and Bitcoin. The other speakers of the day were as under:

There was the diversity of speakers who inspired, informed and motivated the audience. The audience were served a sumptuous treat of variety of ideas which can change their attitudes, lives and ultimately the world. TED is a nonprofit organization and its aim is to only spread good ideas among the people of the world to foster betterment of the world. It is worth noting that TEDx conferences were organized in 32 Universities of China, Malaysia. Taiwan, Pakistan, Turki, Greece, Romania, France, Fizi, America, India, South Korea, Italy, Sweden, Mexico and Columbia.